When we think of a record player, we usually associate it with a relic of a bygone era, something that our grandparents might have used as kids. However, when it comes down to it, we quickly realize that it is not the concept of the record player that is outdated it is merely the technology that could not keep up with the changing demands of the times. 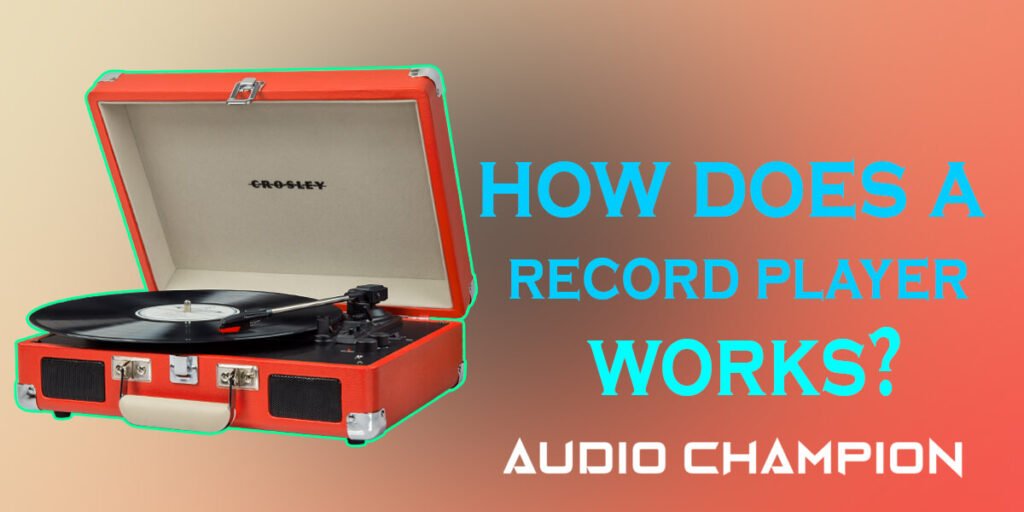 This is possibly why when it comes down to it, there is not a lot of difference between record and CD players. This article will be delving a bit deeper down than mere differences, however, as we will also look at how and why record players didn’t quite catch on as big as CD players did and what their popularity stands at in today’s modern world.

When we look at more advanced and modern music players, we immediately notice the one thing that separates them from the original record player concept; digitalization. It is painfully apparent that modern technology or computers are capable of storing information in such a compact and infinite manner. This information also includes sound and audio in the form of files.

This storing of sound implies that all of your data will be stored in the form of bytes and digital data within a device’s hard drive or flash memory drive. This is the same concept as that of an SD card or a USB drive to store information. This is where the older more traditional record players lacked. They could only store a limited amount of data in one go.

Within these hard drives and internal storage capacities, the music that we love and hear will be stored in the form of a digital format. This means that all the different pitches, tones, and frequencies will be converted from sound waves into numeric input and these also take up less space than ever. This is why you can download audio files so quickly and why it is so easy to store them.

Another form of storage that functions digitally is that of compact discs and the numeric or digital data is pressed against the disc and that is what the CD player has been made to read using laser technology. So while a traditional record for record players couldn’t hold much information, these new digital entities can and what’s even better is that they keep the data safe even when the power is turned off.

If we look at it from a historical perspective, we can see that record players were most popular in the 80s and 90s. Not just as tools for DJs and professionals but like our handy iPod shuffle or touch today. People had them in their homes as their main form of audio entertainment. After the 90s however, technology took over and the CD player took over the complete market share of the record player. They became all but obsolete apart from still being a device for DJs and music production.

However since we are well aware that Vinyl and digital record players are still quite popular today, we also know that the modern record player has come back into the game by changing its base technology. They now make use of electromagnetic devices to convert sound vibrations and successfully make them into electrical signals. This is then converted into an audio sound format with the aid of either headsets or speakers. That is the basic difference between a CD player and a record player when it comes to the technology both kinds employ.

Turntables or record players come fitted with a specialized needle called a stylus which can move both up and down within the grooves of the vinyl record. Usually, your stylus will be made from either diamond or some crystal material and is placed on the tip of a metal bar. The music is created due to vibrations and the transmission of signals.

The stylus is attached to the cartridge, which sometimes also has a piezoelectric crystal that moves enough to create an electrical signal when the metal bar bumps up against it. That’s not the only way though as some record players make use of minuscule electrical coils with a magnet inside them. Electrical signals are generated when the magnet is pushed and moved up or down with the stylus’s movements.

The stylus is meant to move alongside the tiny grooves on the record itself where the bumps are situated. When it brushes against them, it produces the signal or music with the aid of electromagnetic vibrations. This is less prone to dirt clogging up the bumps and is one reason why the audio quality is much better as compared to a CD.

What is the Difference between a Record Player and a CD Player?

With all of this information, you might be wondering well, what is the real difference between a record player and a CD player? Right off the bat, you might think they even look a bit similar. After all, a CD or record is read by the device to transmit audio information right? Well, that’s where you might be wrong because there is a whole lot more going on!

If you want to know how the two are different you need to take into consideration the ways the two devices store their audio information and how they play them.

As we have mentioned earlier, a CD player works digitally which means that the information or music, in this case, is stored on the CD in the form of digital or numeric data. These are made to be tiny bumps that the player reads via a laser beam.

The advantage of this is that because the process is digital and uses laser technology, even if the disc gets dirty, it won’t distort the quality of the audio. It is said that if the disc can be dirty or damaged and it won’t make any difference to the quality of the sound you hear. However, the reality is different as they can get clogged up and nothing plays.

On the other hand, when it comes to record players, these function by using analog signals, and the data is read off of bumps on the record. The bumps denote different musical notes instead of storing the information as a whole. This is basically why it is so bad when a record gets scratched by the stylus or any other reason because the bumps become distorted and you add in more scratchy sounds.

Why Are Record Players Not More Popular?

As we have mentioned before, the main reason why nobody was buying record players is that companies simply stopped making them since they could not compete with more technologically advanced products such as CD players or more recently, digital audio bytes.

Of course, the demand dropped down as well but this is primarily because companies stopped producing records and record players and most people could only buy music in the form of CD players or now they download or stream them.

There is no denying that as a brand you have to make sure your product has done enough to keep up with the times. Technology waits for no one and now even downloading is fast becoming a thing of the past. However, this has also increased the kind of consumer who wants to feel like the thing they own is premium and they want ownership and exclusivity that comes with buying their turntable.

Audiophiles already realize the importance of proper audio quality and sound and you have to be passionate to buy a record player anyway because they are still pretty expensive. You can get cheaper alternatives but some brands have made vinyl make a comeback like never before solely because they act as an analog alternative to the digital sphere.

They come in for better audio quality, premium builds, and classy designs which ensure that their musical experience is enhanced. More and more users have been turning towards more modern record players and it just goes to show that the concept of the way a record player works still works! We hope that this has been an informative article on the processes behind the function of a record player.